What
Until recently, Japanese food typically meant sushi, sukiyaki and tempura, but now Japanese gourmet is making a name for itself all around the world! Here, we would like to introduce some delicious Japanese dishes and foods that we recommend you try during your stay in Japan!

Sukiyaki is a dish in which meat and vegetables are stewed in an iron pot. The sauce, known as warishita, is made from soy sauce and sugar. There is a lot of variation in the ingredients and way of eating the dish depending on the region, with some areas mixing beaten egg into the sauce to create a milder flavor. If you are looking to enjoy a lot of great beef, this is the dish for you!

Ramen is a noodle soup dish which has grown to become incredibly popular and is thought of as a byword for Japanese food. Originally, the soup was made from a chicken bones, but in recent years, pork, beef and seafood also being used in the soup, creating a diverse range of tastes. In addition to the typical salt, soy sauce and miso flavors, you can even find curry flavored ramen now. There is also a type of ramen where the noodles and soup are served separately, known as tsukemen. 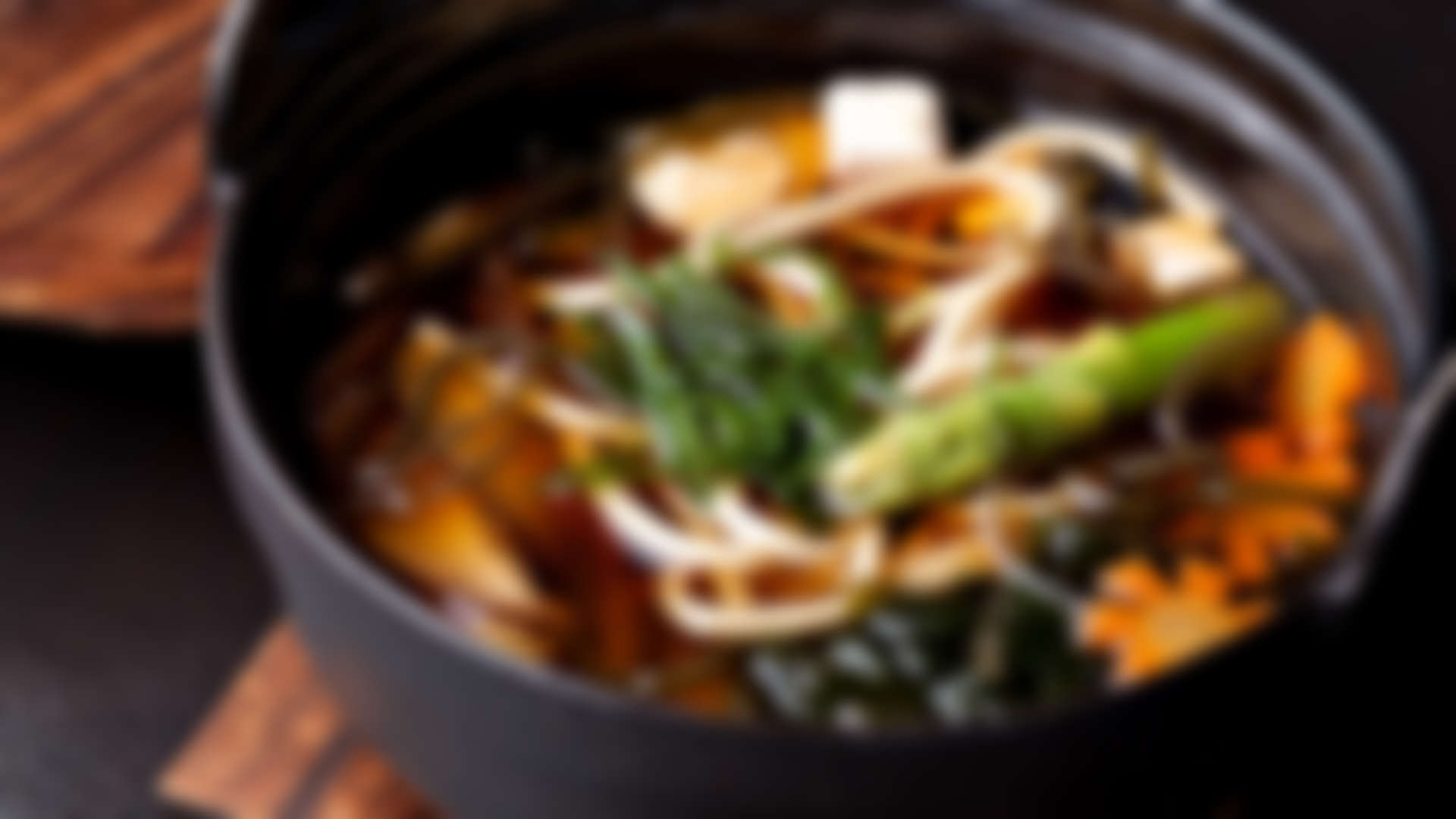 Tonkatsu is a dish based on western pork cutlets, where a thick slice of pork is dipped in a flour and beaten egg batter, coated in breadcrumbs and fried in oil. There are both sirloin and fillet tonkatsu, with the fillet tonlatsu being more expensive. While quite tasty even at a cheap restaurant, we really recommend trying tonkatsu at a specialist restaurant.

A dish of noodles made from soba (buckwheat) flour eaten with a soy sauce and sugar sauce, and toppings such as egg, tempura or other ingredients. The noodles you get from a soba noodle shop will be particularly good, but very expensive, so it might be good to try the soba at a standing restaurant. The different dishes and toppings are usually on display in a showcase outside the restaurant, making it easy to decided what to order.